Getting “straight to the heart” 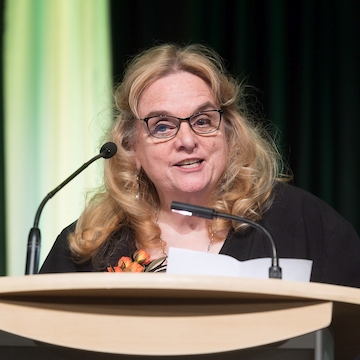 We are navigating challenging times in this country. Our long history of racial injustices has, once again, brought speakers to the streets, to platforms, and to the airwaves and internet. If we seek change in this or other attitudes, behaviors, or policies, it behooves us to understand both the limits on our right of free speech and the most effective ways of expressing our arguments so they will be persuasive rather than merely expressive, or worse, divisive.

Freedom of speech is one of our most cherished liberties. The First Amendment states, in relevant part: “Congress shall make no law … abridging the freedom of speech, or of the press; or the right of the people peaceably to assemble, and to petition the government for a redress of grievances.” Just as it took failure to ratify two originally proposed amendments for free speech to attain its preeminent status as the First Amendment, it took Supreme Court decisions over the ensuing two centuries to determine the parameters of this fundamental right.

Free speech is not absolute. For example, the government may restrict the time, place, or manner of speech, so long as such restrictions are content neutral and leave open alternate avenues for expression. The Court also allows the government to limit specifically defined categories of speech, including fighting words, threats, words likely to incite immanent lawless action, and defamation.

Having the right to free speech and using that right persuasively, however, are two different things.

This was a lesson I tried to impress upon countless students during my years in the classroom teaching communication studies and as an adviser to students (and sometimes faculty) who were figuring out how to use their voices to make change in their world. In challenging times and during debate on hotly contested topics, opinions frequently are shouted. While expressive, shouts seldom change opponents’ minds nor resolve disputes. Civil discourse and debate are far more likely to result in progress on difficult or divisive issues. It is incumbent on educational institutions and an educated citizenry to play leading roles in promoting and modeling positive and effective discourse; let us be the voice of reason that counters shouting.

Civil discourse operates on a foundation of willingness to listen as well as speak and of maintaining an open-minded consideration of another’s point of view. An opponent or a third party is far more likely to consider your perspective if it is based upon or woven into a value or opinion they hold. President John F. Kennedy often used this rhetorical strategy: “Our most basic common link is that we all inhabit this planet. We all breathe the same air. We all cherish our children’s future. And we are all mortal.”

When responding to a previous speaker, our counter arguments are far more effective when presented in a reasonable and respectful manner, supported by facts and with alternative or broader perspectives laid out for consideration. No matter how righteous or unassailable we believe our own position to be, we have an obligation to research facts and to present them fairly and accurately when we speak. To get an audience to listen to our argument, it also is incumbent on us to use respectful language that is neither incendiary nor insulting. In addition, we should state our position efficiently rather than falling in love with the sound of our own voice. Being overwhelmed by a barrage of verbiage is off-putting to an audience and counterproductive as a persuasive strategy.

One of the country’s most beautiful and persuasive voices was that of the late Maya Angelou, beloved writer and wonderful model of civil discourse. Consider two of her oft-quoted lines:

Neither shouting nor ugly, hateful words go “straight to the heart.” Nor are they persuasive, being positively received only by those who already agree with the speaker and who engage in similar incendiary discourse.

Thanks to the First Amendment to the U.S. Constitution and the Supreme Court decisions construing it, we have the right to speak out about issues we care about. Whenever we have an opportunity to argue for change that will make life fair and sustainable for all, isn’t it our duty as Americans to do so, whether we stand before a crowd, post on social media, or converse informally? As Angelou exhorted: “As long as you’re breathing, it’s never too late to do some good.” Let us use our voices, our freedom of speech, to be civil, responsible, and persuasive.